It’s been a busy year — and a full 11 months since I last wrote a blog post here. Lots has happened in the span of that year: I started a small business, I made meteoric progress on my book manuscript, I embarked on new writing projects, traveled, anchored down in my New England home.

And last week I published a new essay in The Rumpus.  This piece is part personal essay and part cultural criticism, about the how Mary Tyler Moore taught me to live alone in the months after my divorce. I couldn’t be more pleased to place it in The Rumpus, a magazine I so much admire and the home to so many great essays by Cheryl Strayed and Roxane Gay, Arielle Bernstein and Jonathan Harper.

You can read this new essay (free of charge, no subscription needed) right here.

And for those of you located in and near New England, you can hear me read from this essay this evening at 7:00 at the Roar Reading Series at Barnes & Noble in Storrs, CT.

Lots more news and updates to share! It’s nice to be back. I’ve missed you all.

I spent a month living in New York this year, house-sitting for a friend in Brooklyn.  There’s something exceptionally nice about borrowing a friend and fellow-writer’s entire book collection.  I read my way through a lot of Meghan’s books during my ad-hoc New York residency: in addition to having Brooklyn’s handsomest and most hilarious kitten, Meghan has a fantastic book selection.

So, for my second installment on reading in 2015, here is the best of what I read in New York this year: 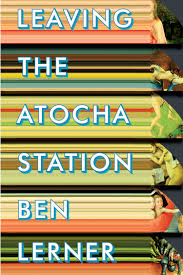 Ben Lerner’s Leaving the Atocha Station is rich with insight, an ambling and sharp examination of language and culture and the construction of self.  The novel follows Adam, an American poet living in Madrid on a writing fellowship, as he navigates the dislocations of living in another language.  This concise novel roams through Adam’s experience abroad, following him to parties and museums and Retiro Park hashish dealers, and through two romantic relationships.  It is obliquely comedic and at once densely intellectual and compelling.  For me, Leaving the Atocha Station reaches its height in its exploration of language.  Adam often self-consciously exploits the gaps in his Spanish fluency to create a particular projection of self.  Wandering with his Spanish girlfriend through a museum, for example, he trails off at the end of sentences as though his ideas exceed his Spanish vocabulary — so as to suggest that he has depth and insight that only his linguistic limits veil.  For Adam, comprehension and incomprehension become tools that allow him to mediate himself and craft a self-translation.

The novel sounds dense and esoteric, but it is vivid and comedic and brief.  A surprisingly engaging read that had me pausing to marvel over sentences of startling and recognizable insight. 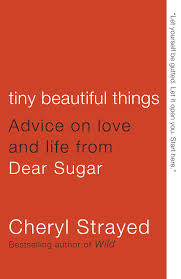 I started reading Cheryl Strayed’s essays when I was in graduate school, and at various times read her Dear Sugar column.  But it was newly impactful to read the columns collected into a book.  Strayed is candid in a way that defies the advice column genre and insightful in a way that transcends the ways we normally talk about life with its myriad hardships and windows for growth.  She writes openly about her own family, her life as a writer, her second marriage, her divorce.  Tiny Beautiful Things becomes a second memoir, except in a radical new form.  A memoir that is relational and interactive and directed outward.  Strayed uses her columns to provoke and console and stand with her letter-writers in the precarious, disquieting spaces of life.  Strayed offers a distinct perspective, delivered in a frank and uniquely intimate way. 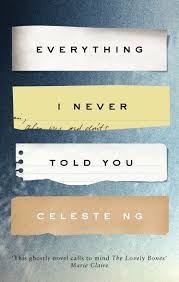 Celeste Ng’s novel Everything I Never Told You tells the story of a family in the 1970s after the drowning death of its teenage daughter.  But Lydia Lee’s inexplicable death is inextricably linked to the family’s larger story: its history, its myriad secrets and private disappointments.  Weaving through time, Ng explores the experiences of Lydia’s parents, Marilyn Lee, who had aspired to be a doctor before conceiving her children, and James Lee, a professor of Chinese-American heritage.  The Lees live in the intersections of personal experience, racial prejudice, and gender expectations — and each of these plays out to devastating consequence in the life of their daughter.

Reading Ng’s novel is pure pleasure.  Engaging and suspenseful, I read it in the course of one day during my New York residency, carrying it around with me through the Botanical Garden and finishing it in Prospect Park just as the sun set.

But it’s one of those books that sticks in your bones, manifesting slowly in the months afterward.  And in part that is because I realize how alive anti-Chinese-American prejudice can be — how actively it is at play in our contemporary institutions and culture.  And partly this novel stays with you because of Ng’s capacious emotional depth and generosity.  Her characters, in all their tragic flaws and shortcomings, cannot escape grief, but they are never beyond grace and redemption. 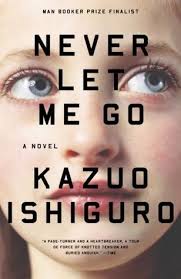 I don’t want to say too much about Kazuo Ishiguro’s speculative novel Never Let Me Go because part of the delight and reward of reading it is discovering as you read what you’re reading about.  But I will say this: Ishiguro draws you into an enveloping world through the eyes of his narrator, who goes back over her childhood memories of being away at school — memories that feel at once strange and lullingly familiar.  Ishiguro’s narrator is searching and observant, noting with great insight the dynamics at play among friends as they grow older, and noting with remembered puzzlement the dislocations that comprise her life’s central mystery and meaning.  Ishiguro is master of the details — a cassette tape found in a seaside secondhand shop, for instance — that shade a life, and ultimately of the subtleties that make us human.

* The first installment of the best books I read this year is here.  And see more of my New York residency here, including New York writing, the Brooklyn Botanic Garden, and the new Whitney.

I read a lot in spurts in 2015, and in the course of those spurts, read some pretty fantastic novels, short story collections, and nonfiction books.  From January through mid-April, I read nothing except research for my book, mixed in with a healthy smattering of essays, articles and museum plaques.  Excluding all the research material, here’s the best of what I read this year, in the first of several weekly installments: 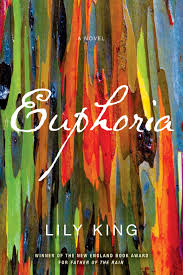 I loved Lily King’s Euphoria, with its rich, taught recasting of Margaret Mead’s life and anthropological work in 1930s New Guinea.  The novel is beautifully constructed — short and tight and suspenseful, though I had some concerns about its ending.  Review here. 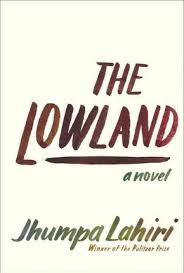 I usually like Jhumpa Lahiri’s short stories better than her novels; she’s a master of the shorter form.  And while I’d certainly first recommend the inimitable masterwork that was Interpreter of Maladies and the impressive stories in Unaccustomed Earth (particularly the heartshattering trilogy of stories at the collection’s end), The Lowland has some nice moments.  Lahiri is a masterful chronicler of the dislocations of immigrant life, finely attuned to the nuances of culture and place.  This novel is more cohesive than her first, though the early chapters can feel more expository and less vivid than what follows. 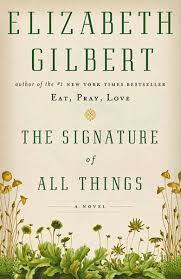 I think Elizabeth Gilbert gets criticized unfairly for her nonfiction books; the tenor and tone of this criticism often seems unnecessarily harsh, and gendered in a way I cannot abide.  In The Signature of All Things she returns to her original form: long before Eat, Pray, Love, Gilbert was an accomplished and respected novelist.  Here she returns to the novel form with an epic story of an imagined botanist during the age of Darwin, shadowing the contours of her fictive character’s life with the restrictions and confinements particular to a woman of her time, and also with the sweeping scope of possibility created by her life in science.  There is a vast, hidden history of women’s accomplishments, and Alda’s story steps into this historical void.  If the novel occasionally feels uneven and a bit too long, it’s an ambitious speculative historical portrait, and a fascinating glimpse into the vast, unanswerable, “What if?” 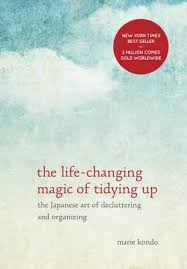 I read this book at just the right moment.  It’s (fairly) criticized, as successful books often are, but it happened to come into my life via a friend’s coffee table, and I read it in the span of one afternoon while I waited to head out to a restaurant to meet friends for dinner.  It so-happened that post-research-trip, post-residency, as I settled into a 450-square-foot cottage, I needed to do some serious tidying in order to claim some space, and Kondo’s book walked into my life just when I needed it.  I followed it almost exactly, refolding my shirts and socks and sending boxes down to the charity shop nearby.  Here is what I will say about Marie Kondo’s method: it can be incredibly clarifying.  Her guiding principle in cleaning out is to keep what sparks joy, and that what sparks joy will be different for everyone.  Her method provides a helpful and reliable schema for sorting and discarding, gives permission to toss things that we otherwise keep out of sentiment or guilt, and maintains a brisk momentum that simultaneously tidies your space and provides you with a clearer sense of perspective on what your priorities and values look like.  I found it at a fortuitous moment and followed it because I needed it.  And because I needed it, it worked.